ProVision in Manchester have been hit by a fraudulent hire.

The kit stolen bears remarkable similarities to the kit stolen from 247kit and the vehicle used to collect was the same type, albeit a different registration. Before now the fraudsters have used stolen cars with fake plates.

‘Gavin’ called to make an initial booking which his colleague a gent using the name ‘Mohamed Farah’would be collecting, they made several calls to add extra items.

‘Mohamed’ (photo below) came to collect, provided a passport for ID and made payment via debit card which all went through with no problem.
He collected in a grey (could have been dark blue) Audi A3, ET55 HBG.
The details used in this theft are as follows:  ‘Mohamed Farah, 159 Kingsley Road, Liverpool, L8 2XQ 07845685042  Mo-23@hotmail.co.uk’

Important note:  It is entirely possible that ‘Mohammed Farah’ is a pseudonym, or that the real Mr Farah has been the victim of identity theft.  Nothing  on this site should in any way be taken as indicative of the guilt or innocence, (or the involvement in fraudulent activity), of anyone whose details are published here.

If you have any information regarding this theft, please contact Mark Wallace on 0161 952 1978 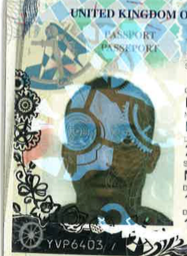